Dreams, visions and symbols are a universal language we all have in common, allowing us to have a better understanding of ourselves and of the world around us. Through them, I explore the dimensions of our perceived reality in art, film, myths and stories, with colorful and vibrant illustrations.

I’m a French-Greek artist, illustrator and subtitler living in Paris, France. I create content for press, publishing and the film industry.

I have published illustrations in Le Monde, designed greeting cards for Le Monde’s Readers Society and I also work on creative projects with international artists. In my illustrations, I explore a holistic visual perception of reality, inspired by art, film, myths, tales and stories. I use mixed techniques, such as photography, collage, drawing or painting.

Since 2009, I work as a PA to French cartoonist Plantu, in newspaper Le Monde, organizing events, co-curating exhibitions, editing books and managing his collection of +25 000 press cartoons.

I also specialized in Greek to French film adaptation and subtitling working for TV and cinema since 2003, for features like Canine (Yorgos Lanthimos), or Xenia (Panos Koutras) awarded in 2014 Cannes film festival.

Member of Artistes de Ménilmontant since 2009. 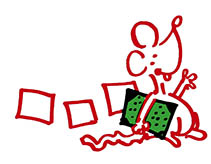 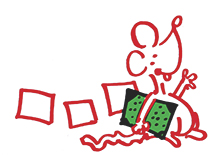