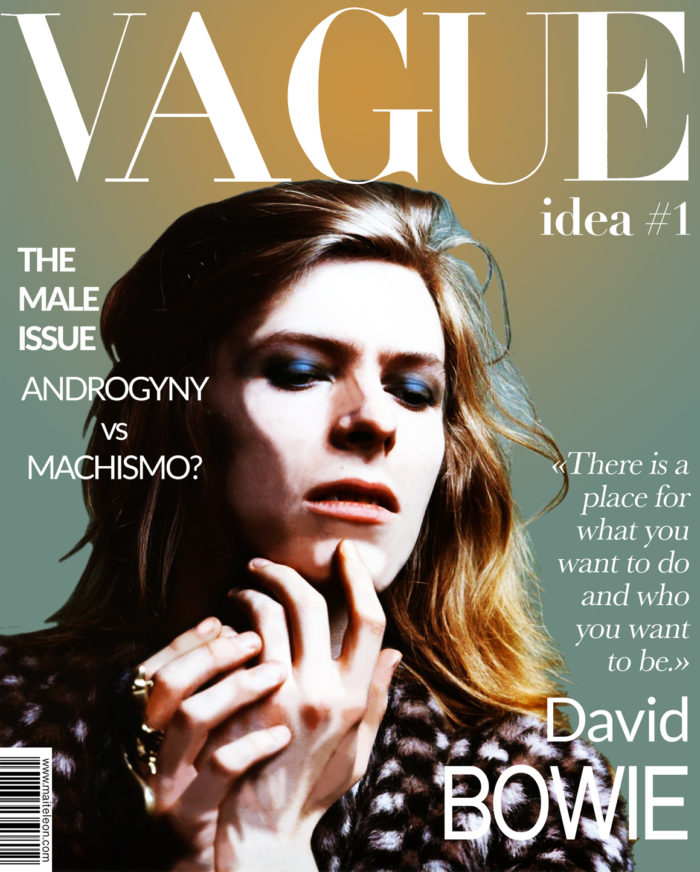 Androgyny VS Machismo? by Maite Leon

Of course, I’m a huge fan of David Bowie’s personality, creativity and stylistic gender ambiguity. Since the sixties, men have experimented with both macho and androgynous types of self-presentation and very few have mastered it as well as he did.

Androgynous looks are very trendy in the 20th century, long hair and make-up brands for men and at the same time women claim social traits and behaviors that were considered masculine not so long ago.

Far from what is still commonly believed in large areas of the world, masculinity is not an birth characteristic to the male gender, it is before all a social construct defined by family, education and environment. Beards and moustaches may be back, but today’s men are more inclined to be caring and showing their feelings and emotions.

In the post-#metoo era of today’s modern societies, women are fighting for equality, respect and against sexism, and that’s great, it was about time!

In my opinion, both men and women -and all the other genders, play a fundamental role in human interactions, no matter the looks or the postures. Let’s not forget the Yin-Yang, there is a balance to keep here, no one is the enemy… LOVE should rule. Let me know what you think in the comments.