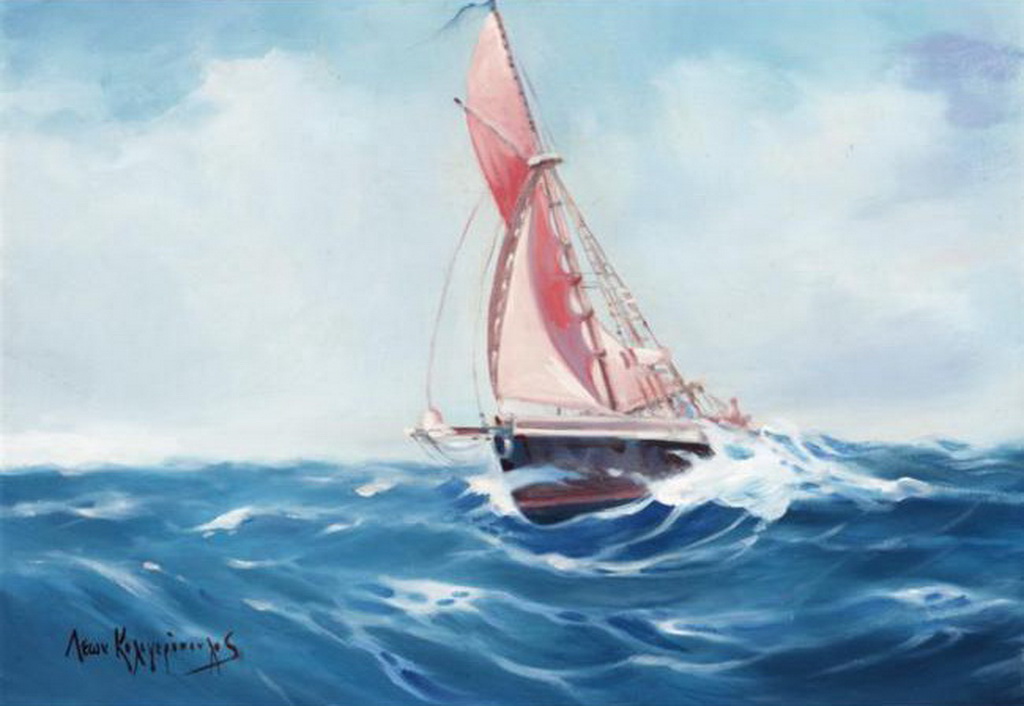 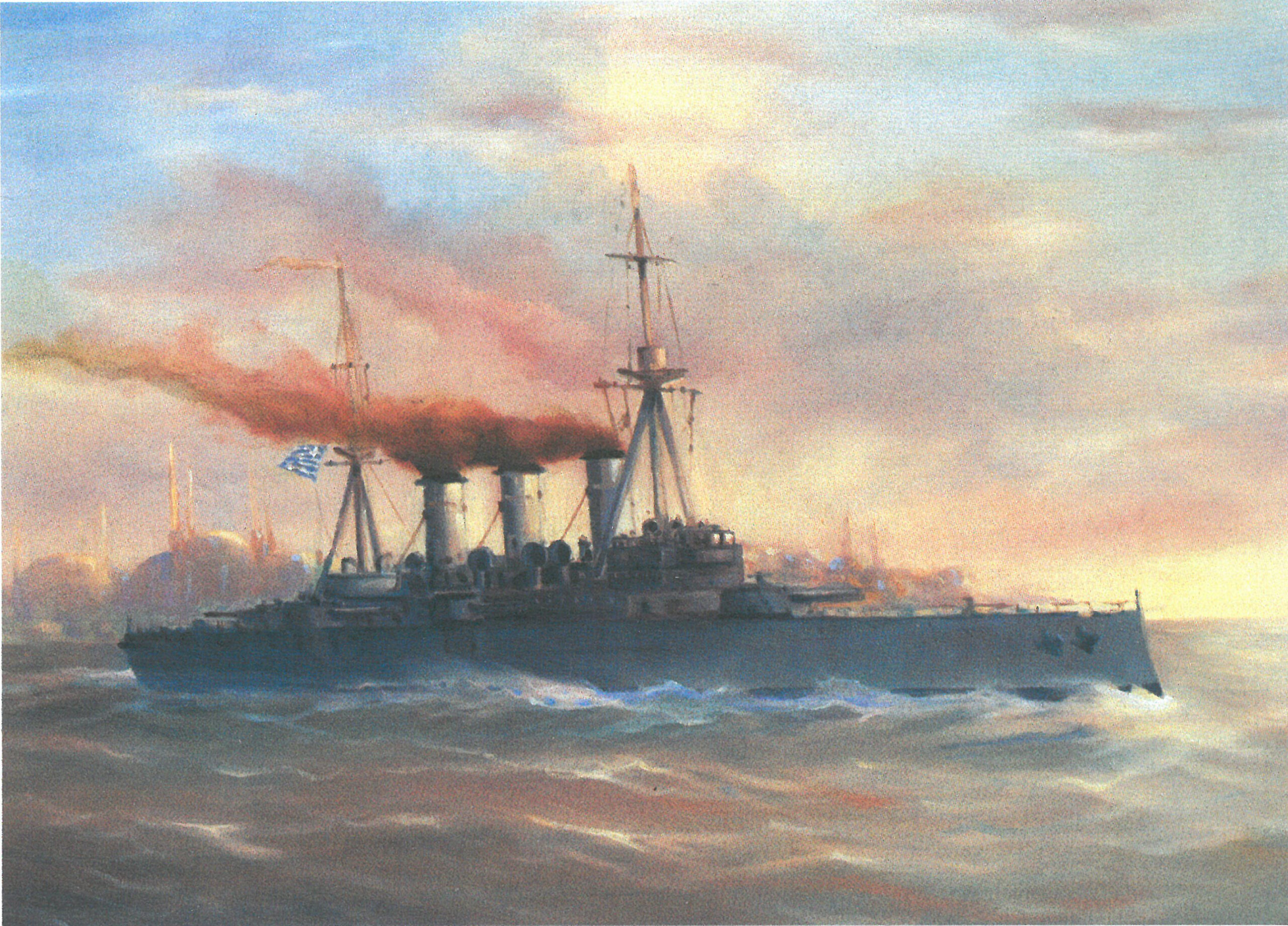 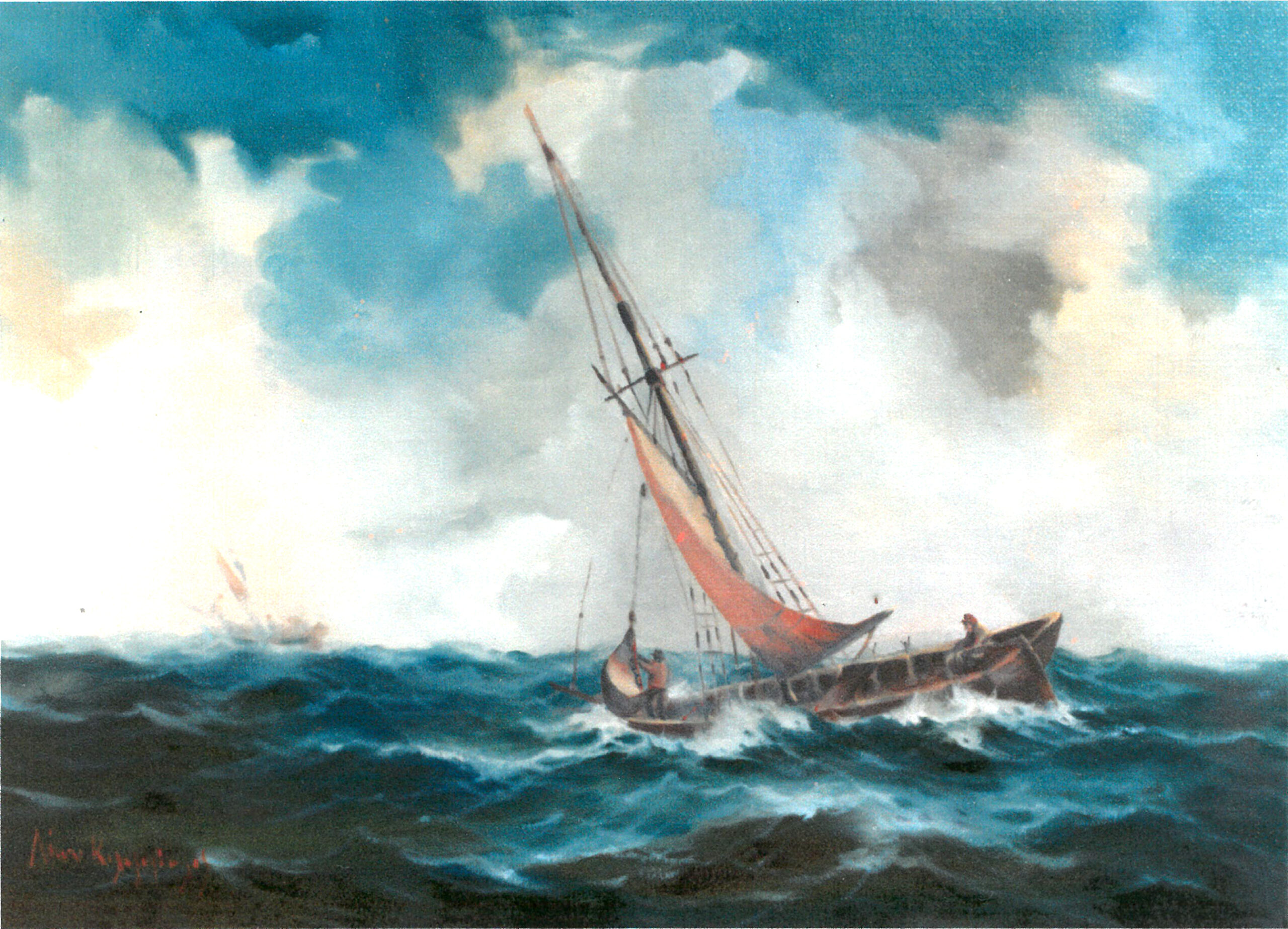 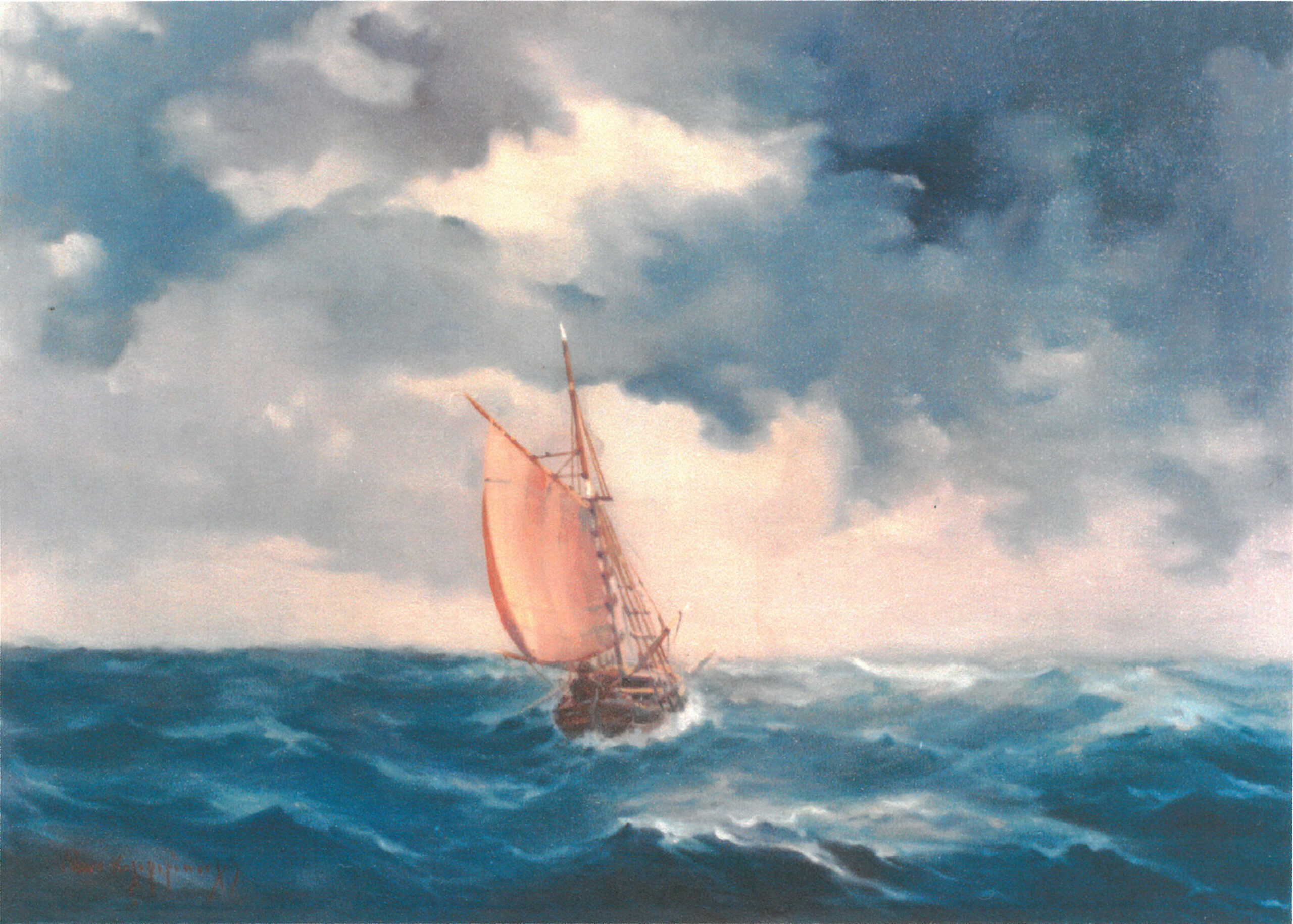 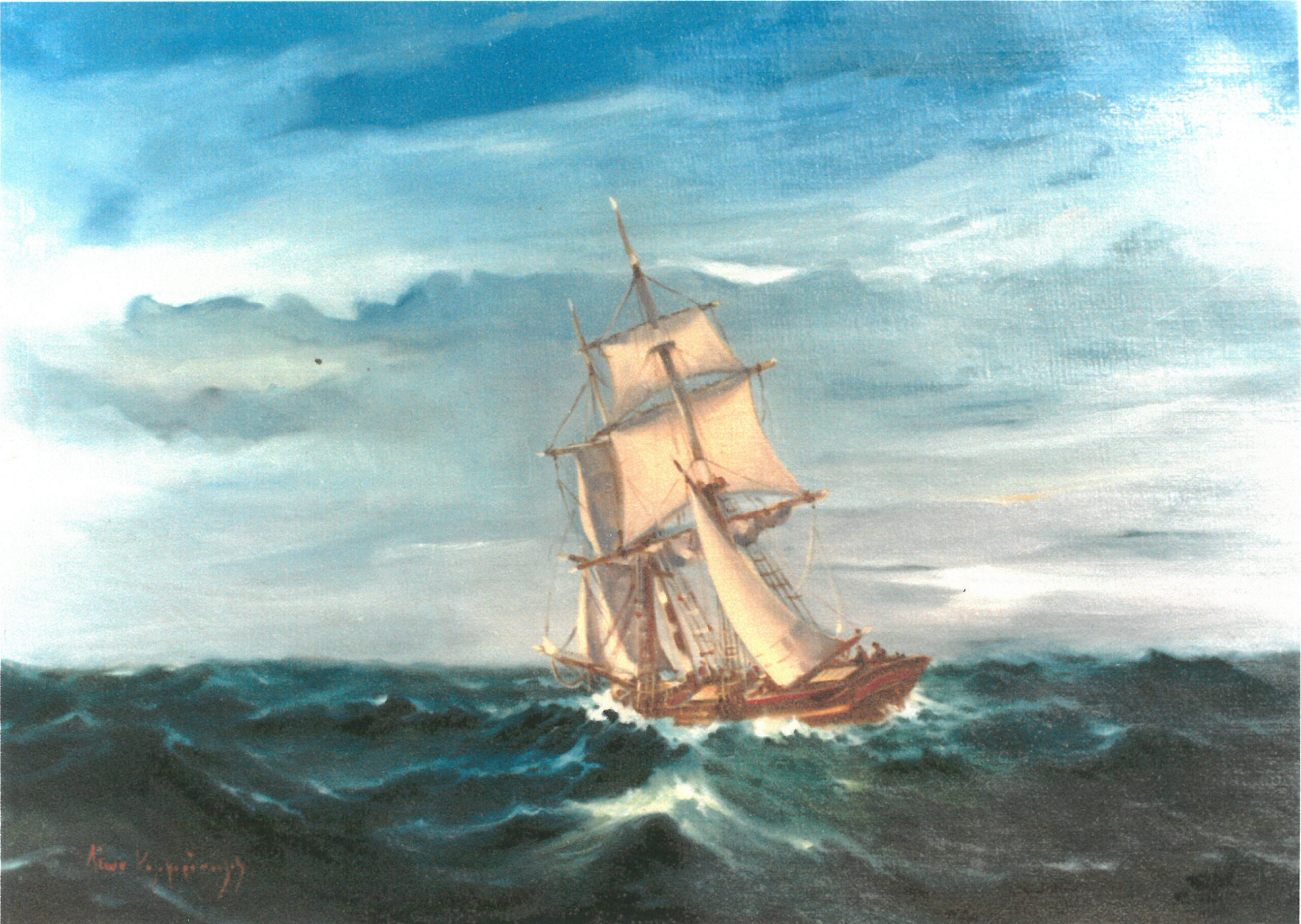 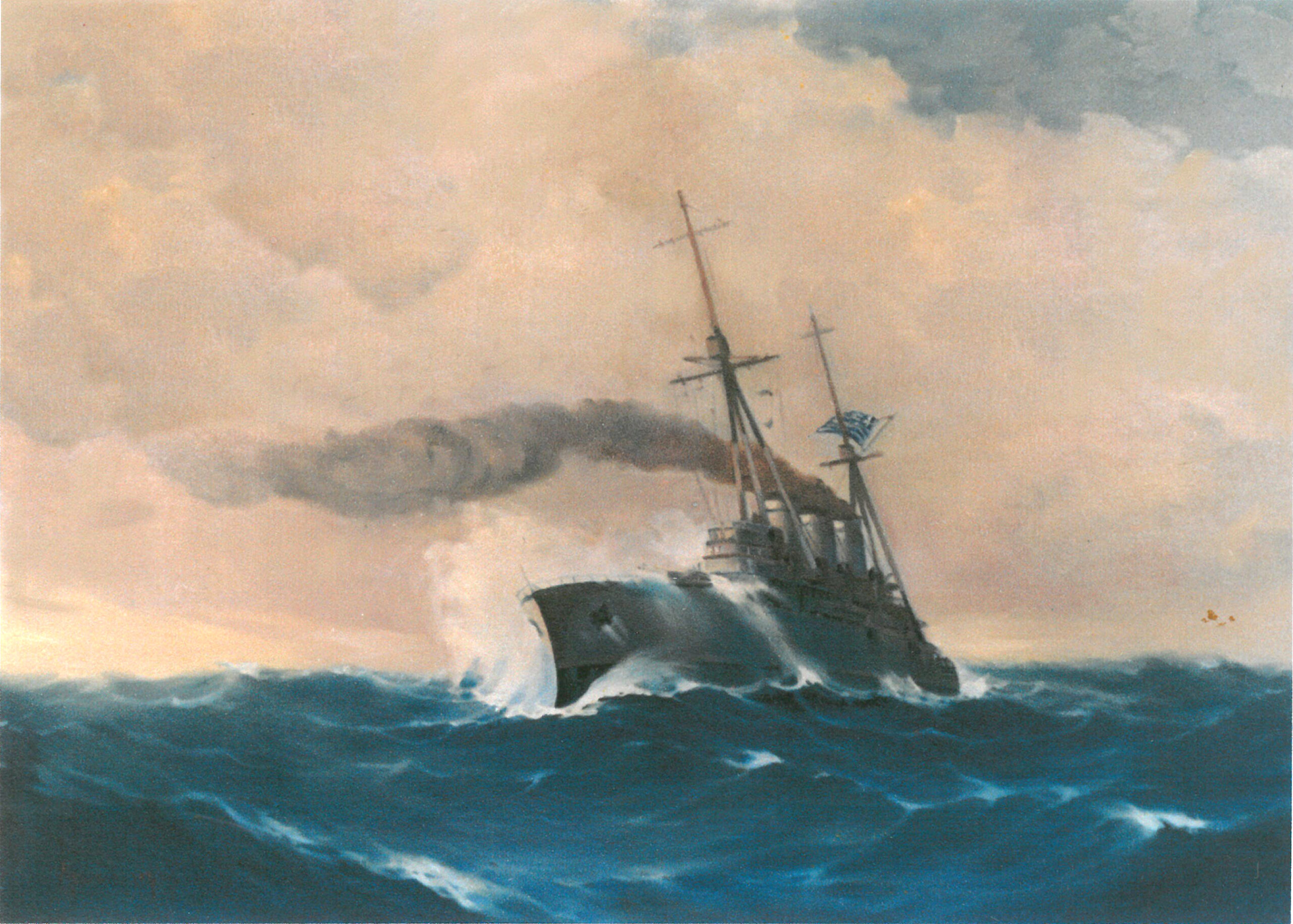 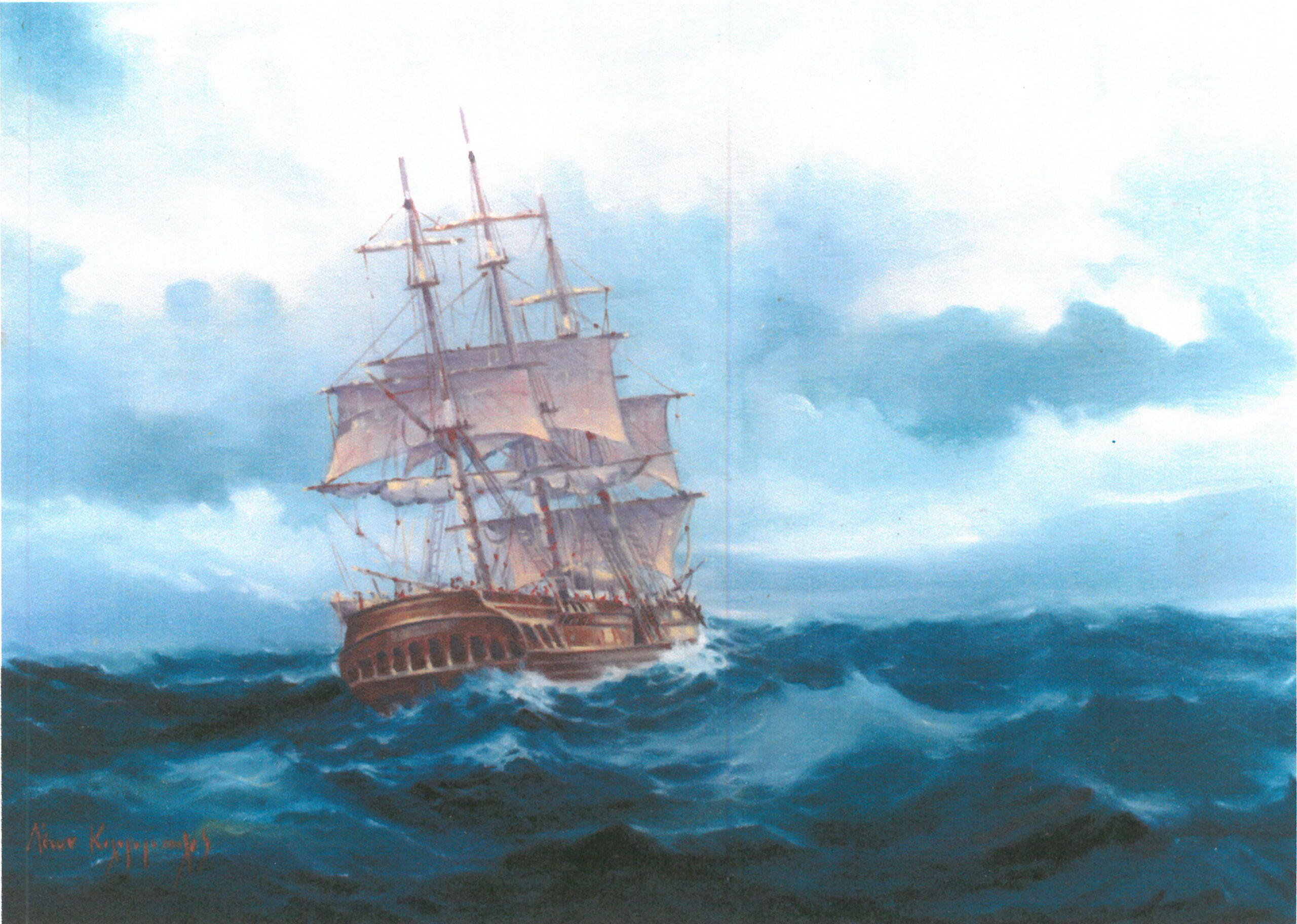 Konstantinos Leon Kalogeropoulos (Greek: Κωνσταντίνος Λέων Καλογερόπουλος; 11 February 1926 – 27 April 2003) is a Greek marin artist known as Leon Kalogeropoulos, who was active and lived in Greece. Stepson of the Greek marin artist Nikos Kalogeropoulos, he is considered to be one of the major Greek marin painters of the 20th century. His paintings are displayed in the Maritime Museum in Piraeus, the Athens National Gallery, and the Vorres Museum collections. He is the only contemporary Greek artist the Hellenic Maritime Museum includes in its permanent exhibition.

Leon Kalogeropoulos grew up in Athens with his mother, Rosalie Athanassiou (1902-1984), sister to the Greek actress Georgia Vassiliadou (1897-1980). He learned his marine painting kraft at an early age, from his stepfather Nikos Kalogeropoulos (1889-1957), marine painter and professor at the Athens School of Fine Arts, specialized in Byzantine art and board member of the Greek Ministry of Education.

After economic studies at the Panteion University, he went to Paris in 1948 where he continued practicing his craft and training with French painter Gaston Cadenat, inspired by the emerging avant-garde Impressionist movement. He also worked as a chief accountant for various French companies and at the mess of the American Embassy in Paris. He took judo classes with yves Klein, and started playing competition chess.

Hired as chief accountant by the company Les Grands Moulins de Dakar, he went to Senegal, and in 1963 he became the manager of the Africana nightclub, restaurant and nautic base of the Hotel N’gor built by Le Corbusier in 1954. There, he started experimenting abstraction doing his first abstract compositions, and solo exhibitions as Costa Leon.

As Costa Leon, he won several chess prizes with the Cercle Echec Cap Vert, and was named chess champion in Senegal for two consecutive years in 1966 and 1967.

After the fall of Greek military junta in 1974, the family moved back to Athens, where Leon Kalogeropoulos opened a gallery and focused solely in his marine painting career, doing commissioned work as well as several personal and group exhibitions.

More information on Greeks in Art

All copyright for use of any material of the artist is handled by the ADAGP for the Leon family estate. For any additional information regarding the artist, contact me or post a comment below.

May
in Art, Artists
No Comments
4 Likes
Androgyny VS Machismo? by Maite LeonPrevious
Share
A tribute to Flash and all animalsNext
Search
Categories
Recent news
Blog Archives
Newsletter Archives
Follow Me